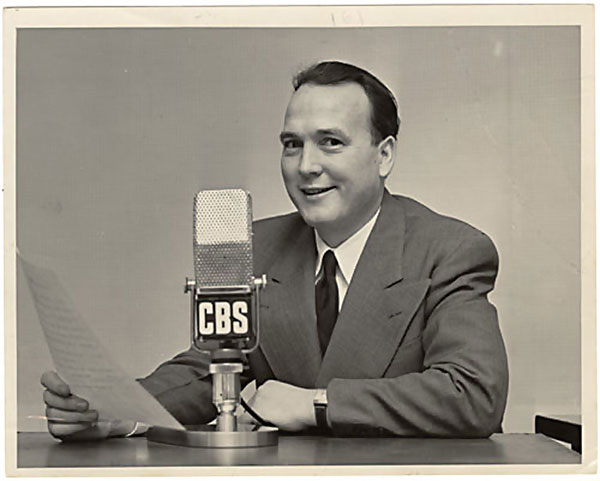 I have listened to David Marquis wax nostalgic about John Henry Faulk for years, so it was a joy this past Sunday to honor David’s friend and mentor as a saint of Church in the Cliff. By the time we reach All Saints Day this year, we will have canonized twenty people. I daresay none will have received such a moving and personal treatment. I always enjoy learning about our saints and I often wish I had known them personally, perhaps hoping that the glow of their holiness might rub off on me as when Moses met Yahweh. Perhaps this is the closest I’ll get. I am certain that John Henry’s presence in David’s life had that effect on him as it did on so many others.

The hagiography of John Henry Faulk is, in many ways, not about John Henry Faulk at all. I suppose that is true of most saints. One of the great signs of holiness is the ability to intercede on behalf others, so even though the saint is centered in a hagiography, it’s really about all those others. Many people refer to the McCarthy era as “Scoundrel Time,” but Studs Terkel in the forward to Fear on Trial said that it was also Hero Time. John Henry Faulk was that hero and inspired many others to be heroes, too.

While the trial is the focal point of this story, it is certainly not the whole story. Johnny, as his friends and family called him, was born in Austin, Texas, the son of a sharecropper turned lawyer. His father never forgot where he came from or what it took to get where he was. He knew that it was not his own effort alone or sheer luck. He knew that his good fortune was the result of innumerable people who helped him along the way. And he knew that it was his job to do the same for others. Thus, though Johnny grew up with some financial privilege, his father always reminded of those who did not.

When Johnny made the big time with a radio show in New York and the Red Scare began, he could have easily stood aside and protected his own career. The blacklist had been going for quite some time before he was personally implicated. He was eventually implicated precisely because he did not stand aside.

One of the ways the blacklist worked was by collusion with the leadership of AFTRA, the largest entertainment industry union at the time. AFTRA’s by-laws included prohibitions against communists and their sympathizers. So Johnny spearheaded a campaign to replace that leadership and change those by-laws. In the New York chapter, he put together a slate of candidates, called “the Middle of the Road” slate, to challenge the existing leadership. They ended up winning twenty-seven of thirty-three board seats, giving them control of AFTRA in New York. They moved quickly to undo the anti-communist rules. They appeared to have won.

However, one by one, those who had run and won as a part of the Middle of the Road slate began to drop off. Due to pressure from the blacklist, they renounced the Middle of the Road platform, saying they never agreed with it from the start. The old rules were reinstated. This was a terrible defeat for John Henry, but the other shoe was yet to drop.

In short order, he was identified by AWARE, Inc., the reporting organization that was at the heart of the blacklist. For a fee, it researched the background of potential talent to ensure that a broadcaster or film studio wasn’t hiring a communist or communist sympathizer. In addition to researching people for a fee, AWARE issued a bulletin in which they would suggest that someone was a risk. In John Henry’s case, they merely listed a series of speaking events for lefty organizations that AWARE tied to communists. They never said whether he was a communist or a communist sympathizer; they just put his name next to the word “communist” as many times as possible so that people could easily connect the dots. The result, eventually, was that John Henry was fired from his job at CBS and was unable to find work anywhere else in the country. So he decided to sue.

Interestingly, as much as this case was about basic First Amendment freedoms, the case itself did not make those constitutional claims. Instead, it was a libel case. John Henry accused the men behind AWARE of slandering his good name with falsehoods and thereby depriving him of his livelihood. After six long years in which he lost everything, he got his day in court. And he won. He won three million dollars. However, after appeals and paying off attorney fees, he ended up with about seventy-five thousand dollars to make up for nearly a decade of work.

Still, this story is about other people. The apparatus of the blacklist was quickly dismantled. The grocer who funded AWARE – and would have paid John Henry – killed himself after losing the trial. The House Un-American Activities committee, before which John Henry was asked to testify and which had colluded with AWARE, was disbanded. It’s leader, Joe McCarthy, saw his political fortunes decline. And all those alleged communists could, eventually, go back to work. Every one of them owes a debt to John Henry Faulk. So do we.

In the prologue to the 1983 edition of Fear on Trial, John Henry warns us: “Today, however, there are disturbing signs on the political horizon. As we move into the 1980s, forces are active in the land that carry echoes of the repressive days of McCarthy.” Studs Terkel asks in the foreword, “Can Scoundrel Time come upon us once again?” And he quickly answers: “Of course. All it takes is forgetfulness.” We honor saints to remember their stories in their times so that we might live our stories in our times with the same measure of courage and moral clarity. I wonder what John Henry would say now. I grew up in the era he warns of in his prologue and I have never heard the kind of divisive and slanderous rhetoric we’re hearing now. And yet, reading Fear on Trial, it was all so very familiar. If there ever were a time to remember the story of John Henry Faulk, we must do it now.