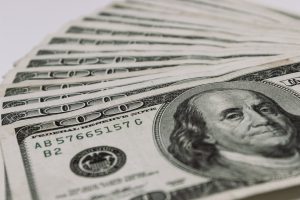 This past Sunday, we talked about money. I thought it would be awkward, but, as I should have expected, everyone was generous and kind. If anyone is considering whether to come to Church in the Cliff and wondering what kind of place it is, I’m proud to say that’s it: generous and kind. The reason we were talking about money is because we often struggle to meet our budget. It was awkward because I’m about half of that budget, more if you consider the offset of subletting the building. When I took over, we struggled even more with a declining congregation and declining funds to match. So I admit that some of the awkwardness is the loop in my head that sees us as a church struggling to define itself; struggling to find committed, engaged people; and struggling to make our budget. In truth, we have come a long way, not as a result of me having the right strategy or doing the right things, but because people have come to our door and found some kind of rescue and rest from the churches they had been to in the past. Those people spoke clearly about their commitment to what we are doing and that is heartening. But thinking about money on the eve of labor day lead me to other thoughts, as thoughts often do.

One of my concerns in talking about money is that, as a major budget item, I don’t want to be asking for money from people who can ill afford it to support me who doesn’t necessarily need it. She doesn’t like for me to talk about it, but my wife, my partner, is extremely gifted at her job and it happens to be a job that is successfully monetized. We joke about how irrelevant my income is to our household wealth. I make enough to pay off my seminary loans, which many, many ministers cannot do, but that’s about it. However, she is not the only one that can support the church. We have far more income diversity than we once had and, in my view, it is the responsibility of those who are doing well – in Paul’s terms, “the strong” – to support those who are struggling – in Paul’s terms, “the weak.” In honor of Labor Day, I want to talk about “the weak,” the Millennials.

I don’t mean that Millennials are weak in the common sense of the term. In spite of being constantly maligned as spoiled and entitled, the Millennials I know are strong and determined. It is the perfect example of the Great Reversal we see in Luke and in Paul. See, the generation before me, my parents, grew up with the ambition to be better off than their parents. My father grew up with a widowed mother to eight children. He was the person for whom flour sack shirts were invented. Yet, he was the valedictorian of his high school and went on to be a partner in the fifth largest accounting firm in America in his early thirties. He was the American Dream. My generation might be the last to expect a life better than our parents. And now, the Millennials might be the first to suspect that they won’t.

This is where Labor Day comes back in the picture. The Labor Movement gave us weekends and paid vacations. People bled and died so that we could have some time off with family and friends, to practice the biblical mandate for sabbath. Labor advocates for fair wages, for livable wages. These are the things that create the middle class and the possibility of upward mobility. Due to the constant attacks on labor, this is what Millennials don’t have. That’s why they are the weak. The older generations got theirs to become the strong and then sold out the people that came after so that they became the weak.

In true biblical fashion, the Millennials are turning the tables. We malign them as slackers living in their parents’ basements. Some of that is due to economic necessity, but even when it’s not, we criticize their choices. But the Millennials I know refuse to settle for meaninglessness. The Millennials I know have five jobs to do things they care about. They live in smaller homes so that they can enjoy experiences outside of the home in their communities. They ride bicycles, not to be cool, but to conserve energy, be active, see their world at digestible speeds, and because they don’t need a fancy car to tell the tale of their worth.

Looking at the biblical mandate to tithe, I started to wonder how many of us make the core decisions of our lives – where we live, what job we have, who we build deep relationships with – with the first fruits of our labor in mind. Do we dedicate those to God? I’m not thinking primarily of our ability to give to church, but how those decisions impact our ability to live into God’s dreams for the world, dreams of justice and peace. The Millennials I know do that. They want lives that are meaningful. They want lives that matter to the rest of the world. They want to create more than they consume. They want to rescue and then rest. As my mentor in college said and I never grasped until the example of my Millennials, they want to work hard and play hard – and, to expand that, they don’t always know the difference. They want peace and justice and, yes, they believe they are entitled to it. Fortunately for them, God does too.